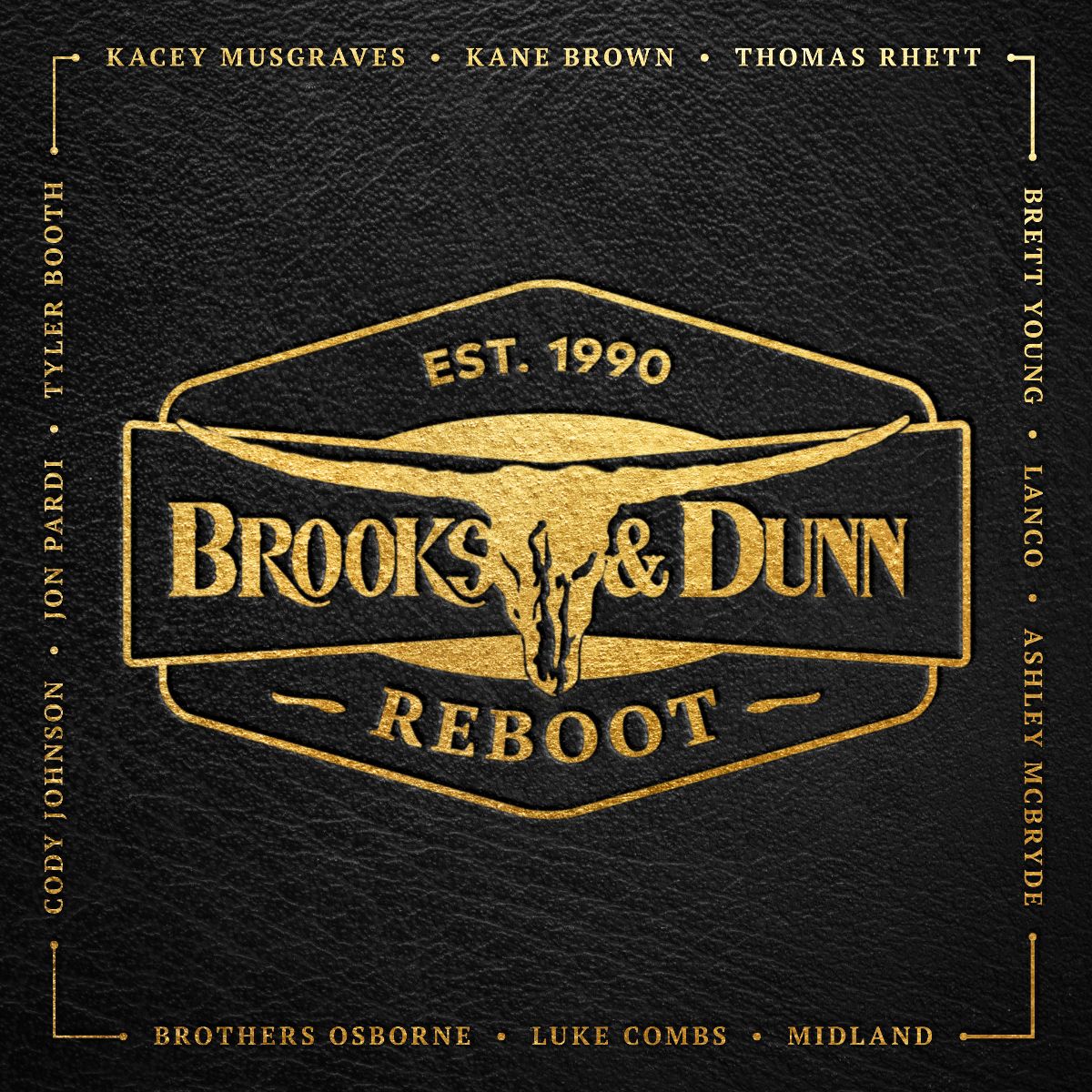 Nashville, TN – April 5, 2019 – The best-selling duo of all time, Brooks & Dunn’s eagerly-awaited collaboration project REBOOT is available today. To celebrate the release, the duo’s street week is stacked with a string of national TV appearances. Fans will be able to tune in to the live debut of tracks taken from REBOOT when the duo performs in Las Vegas with Luke Combs on Academy of Country Music Awards for a high-energy version of “Brand New Man” on Sunday (4/7) at 7pm CT on CBS. They will then head to New York City with Midland for The Tonight Show Starring Jimmy Fallon for a special performance of “Boot Scootin’ Boogie” on Tuesday (4/9) at 11:35pm CT on NBC. The duo will also continue their roles as guest advisors to Blake Shelton on The Voice this week, offering their expertise to contestants on April 8, 9 on NBC at 8pm ET/PT.

Leading up to the release of REBOOT, Brooks & Dunn, who were just announced as the next inductees into the Country Music Hall of Fame, have garnered praise for the project’s appreciation for today’s country music as well as the duo’s legacy of an “incredible run of hits” (Rolling Stone). Associated Press highlighted the collection declaring it “shows the timelessness of the duo’s catalog of more than 20 No. 1 country hits, which has continued to influence a new generation of country singers,” as CMT remarks “REBOOT remembers and respects the music we grew up with.”

REBOOT – Track List:
1. Brand New Man (with Luke Combs)
2. Ain’t Nothing ‘Bout You (with Brett Young)
3. My Next Broken Heart (with Jon Pardi)
4. Neon Moon (with Kacey Musgraves)*
5. Lost and Found (with Tyler Booth)
6. Hard Workin’ Man (with Brothers Osborne)
7. You’re Gonna Miss Me When I’m Gone (with Ashley McBryde)
8. My Maria (with Thomas Rhett)
9. Red Dirt Road (with Cody Johnson)
10. Boot Scootin’ Boogie (with Midland)
11. Mama Don’t Get Dressed Up For Nothing (with LANCO)
12. Believe (with Kane Brown)
Produced by Dann Huff
*Produced by Dann Huff and Kacey Musgraves

With 20 No. One hits stretching back to 1991, two Grammy awards, dozens of ACM and CMA honors and a discography counting more album sales than any country duo in history – regardless of genre – Brooks & Dunn’s influence on today’s country has never been in question. Hits like “Boot Scootin’ Boogie,” “My Maria,” “Only in America,” and “Believe” have propelled the duo to more than 30 million albums sold, with the New York Times heralding “together they helped drive the power-country era of the early-to-mid 1990s and continued to benefit from the sea change in the genre they helped initiate right through their most recent albums.” Their original “Merle Haggard meets The Rolling Stones” vibe made them progressive stars in their own right. In 2014, the duo announced their reunion along with long-time friend, Reba McEntire, for a residency called “Together in Vegas” at The Colosseum at Caesar’s Palace in Las Vegas, which received rave reviews and continues to be extended including more shows throughout this year. For more information visit: www.brooks-dunn.com. Follow Brooks & Dunn on Facebook: https://www.facebook.com/BrooksandDunn, Instagram:  https://www.instagram.com/brooksanddunn and Twitter: https://twitter.com/brooksanddunn.