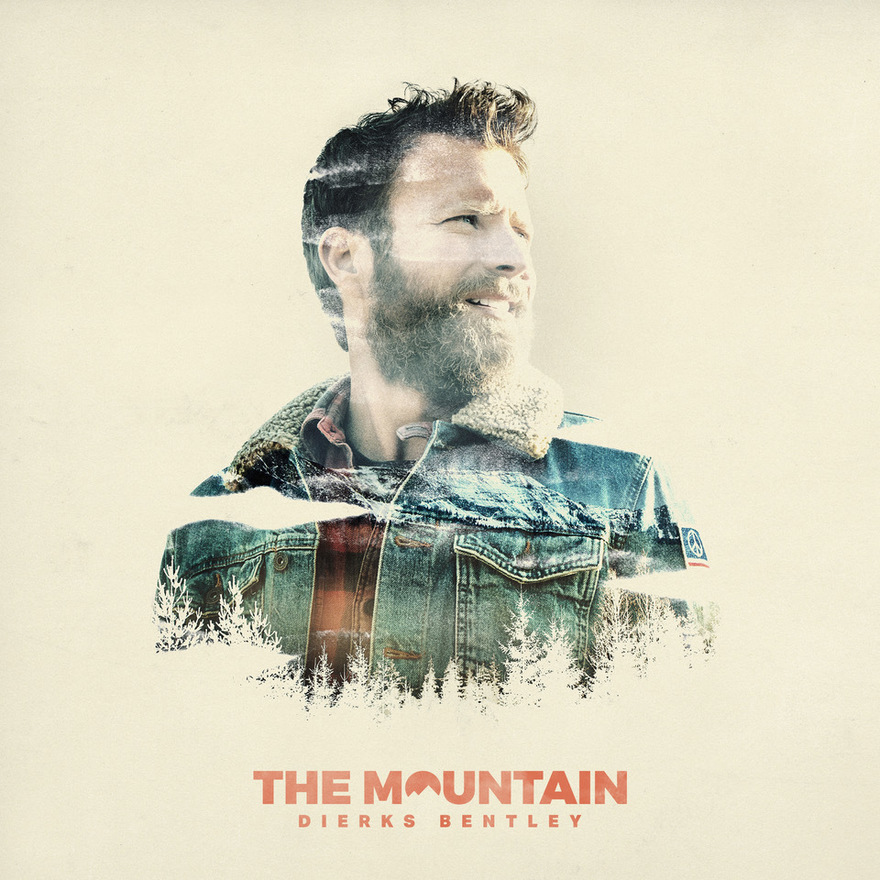 NASHVILLE, TN – Jun. 06, 2018 – Ahead of the release of THE MOUNTAIN this Friday (6/08), award-winning entertainer Dierks Bentley will continue to unveil new music with performances off the album on national television and first-listen fan events. Tonight, Bentley will debut “Burning Man” (featuring Brothers Osborne) that critics have called a “hard-charging rocker” and his “most affecting song” (Rolling Stone) on the CMT Music Awards (6/06 at 7P CT on CMT). For the eve of his ninth studio album’s release, Bentley will host a rare one-night-only show (6/07) at the historic Ryman Auditorium showcasing all thirteen tracks, while fans across the country will be able to tune-in on SiriusXM The Highway (Channel 56).

This weekend, Bentley will continue on his 2018 MOUNTAIN HIGH TOUR with an extra stop to meet fans at Vinyl Renaissance (7932 Santa Fe Dr Overland Park, KS 66204) before his stadium set on Sunday for CMA Music Festival. Bentley will also perform on TODAY’s Summer Concert Series (6/12 at 7:00A ET/CT on NBC) and The Tonight Show Starring Jimmy Fallon (6/13 at 10:35P CT on NBC). Exclusive fan performances also continue with an iHeartCountry Album Release Party  (6/12 at 9P CT via iHeartCountry’s YouTube) and at Pandora’s Up Close concert experience, both in NYC.

As THE MOUNTAIN “demonstrates his prowess and melds Bentley’s inviting voice with elements of bluegrass” (Kansas City Star), early reviews have critics clinging to the “earthen and majestic” (Entertainment Weekly) album and its “textures of mandolin, banjo, fiddle and flatpicked guitar,” (NPR).

“The best representation of all his skills, from being a true fan of acoustic instruments like the mandolin and banjo, to raising a glass to his partying crowds and delivering arena-sized anthems.” – Associated Press

“The result is a project informed by the weight of 2017 but filled with gratitude for life and what lies ahead. Sonically, it’s a compelling marriage of contemporary and bluegrass sounds.” – The Tennessean

“Putting together 13 relentlessly happy, hopeful songs runs the risk of coming across as pollyannish. But in Bentley’s songwriting and voice, it is an outlook that is born of self awareness, contentment and connection.” – Lexington Herald Leader

Bentley has built a reputation as both a forever-young drifter and a dedicated family man, put in millions of miles on headlining tours and taken the fearless stylistic detours of a truly authentic artist. He continues that journey with his highly anticipated ninth studio album, THE MOUNTAIN (Capitol Records Nashville). Reaching a new creative high, Bentley co-wrote 10 of the 13 new tracks that are unified by themes of presence and positivity, and range in style from textured rock to acoustic folk, feeling both rooted and expansive at the same time. The Arizona native has scored 17 No. Ones and 13 GRAMMY nominations – including at least one stemming from each of his last six albums. Bentley has amassed more than one billion digital streams, countless additional nominations from the ACM, CMA and Billboard Music Awards. Bentley continues to bring an “energy-packed atmosphere” (Washington Post) to venues and amphitheaters throughout the country on his 2018 MOUNTAIN HIGH TOUR. For more information and a list of upcoming tour dates visit www.dierks.com.