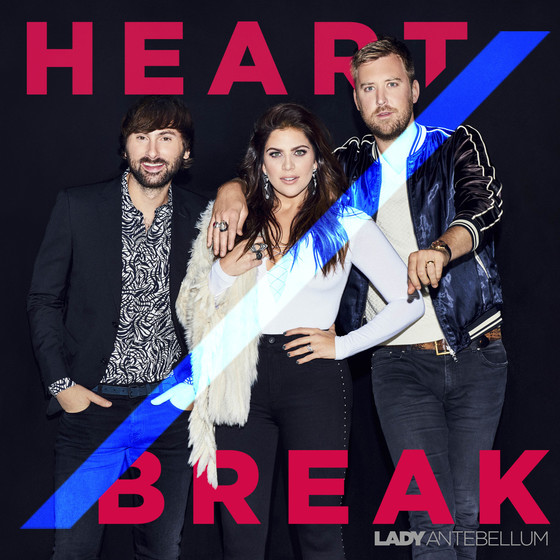 NASHVILLE, TN – Jun. 20, 2018 – Lady Antebellum’s pulsating Top 15 and climbing single “Heart Break” tapped into the thousands of creators throughout the world in the Genero community as personalized videos were produced to highlight the title track of their No. One selling sixth studio album, HEART BREAK. The trio sifted through all submissions landing on grand prize winner GedMedia who earned $10,000 after parlaying the track’s independent-driven lyrics into a storyline of social media snapshots, becoming the multi-PLATINUM selling band’s official lyric video. Additionally the runner-up video produced by Brendan Huza shares distinct abstract visuals integrated by timeless and descriptive imagery into a standout message on the freedom of female empowerment.

“With every submission you could just feel the passion and time that went into each video which made it extremely hard to narrow it down,” said Hillary Scott. “This was one of my favorite songs off the record that we collectively wrote and to see the effort it took to bring its lyrics to life makes us even more grateful to our fans.”

HEART BREAK  follows more than 18 million album units, nine No. One hits, ACM and CMA “Vocal Group of the Year” trophies three years in a row and countless other honors including seven GRAMMYs, Billboard Music Awards, People’s Choice Awards and Teen Choice Awards. The multi-PLATINUM trio will team with Darius Rucker this summer for their co-headlining SUMMER PLAYS ON TOUR, kicking off July 19th. For more information visit www.ladyantebellum.com.