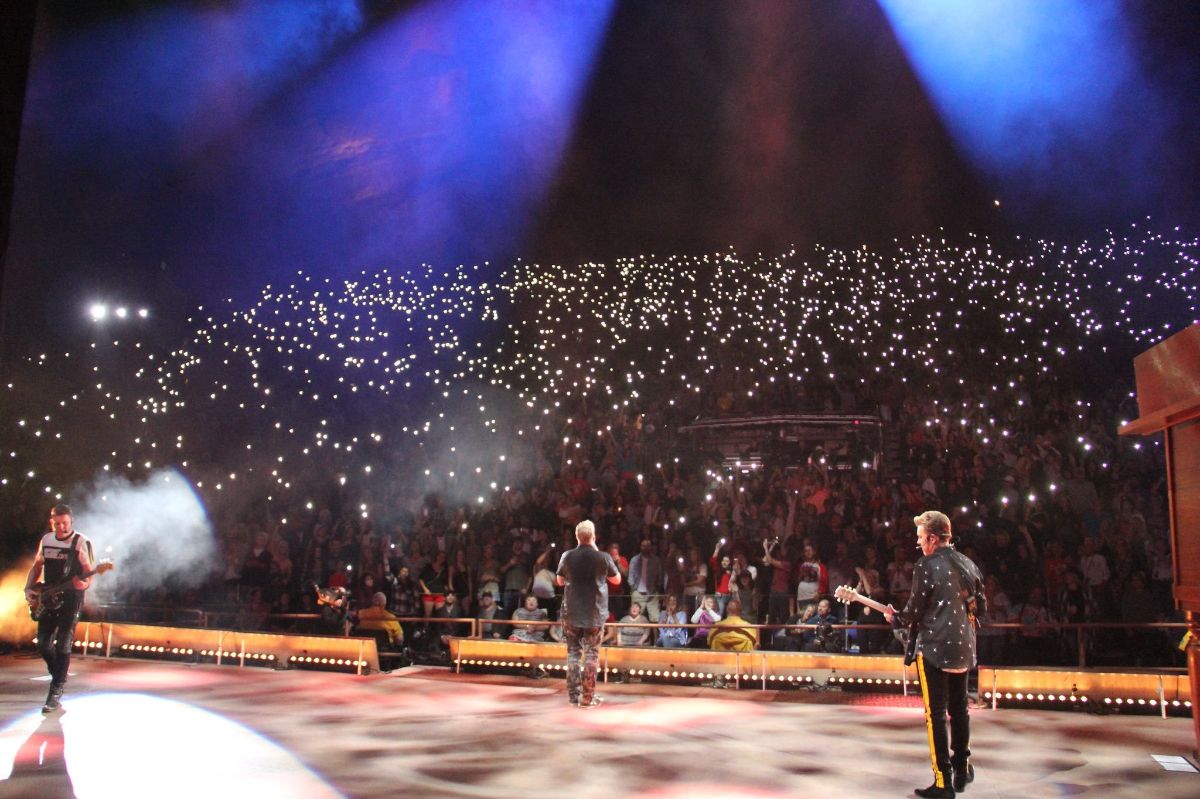 Nashville, TN – April 8, 2019 – Superstar vocal group Rascal Flatts is releasing the official music video for their latest single “Back to Life” (Big Machine Records), available to watch today. Filmed live at their unforgettable sold-out show at the iconic Red Rocks Amphitheater, the video for the rising single shows the audience’s instant connection to the track as they sway in unison to Rascal Flatts’ signature harmonies.

“This was such a special night at a venue that’s been on our bucket list for quite some time,” said Jay Demarcus. “We felt like this was the perfect video for the new single, as you can see how palpable the connection between the fans and this song has been so far.”

One band. Ten albums. Seventeen No. One hits. Over 27 million records. Time and success have only put Rascal Flatts closer to their core with expert musicianship, razor-sharp vocals and songs that have shaped lives, loves and the genre of country music itself. The trio’s new single “Back To Life” is currently ascending at Country radio and follows back-to-back chart-topping singles “Yours If You Want It” as well as “I Like The Sound Of That” (Big Machine Records). Rascal Flatts recently dropped a four-song EP, JUKEBOX as a surprise for fans, featuring special spins on their most-loved songs. The group has also earned over 40 trophies from the ACA, ACM, AMA, CMA, People’s Choice and more, also making them the most awarded country group of the past decade. Known as one of the hottest-selling touring acts in any genre with over 10 million tickets sold, the trio just announced their stacked headlining SUMMER PLAYLIST TOUR, kicking off at two thirds of the group’s home state of Ohio in Cincinnati on 5/16. For more information, visit rascalflatts.com.