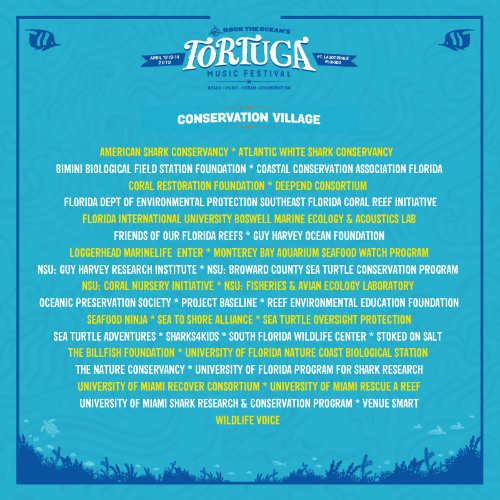 Nashville, TN – March 26, 2019 – The seventh-annual Rock The Ocean’s Tortuga Music Festival, in partnership with Live Nation, announced the roster of organizations that will be represented onsite at this year’s CONSERVATION VILLAGE today. CONSERVATION VILLAGE, nestled at the core of the festival’s cause, aims to educate fans on the issues facing the world’s oceans and directly see how a portion of the proceeds from the festivities happening at Fort Lauderdale Beach Park in Fort Lauderdale, FL on April 12-14, are making a difference. Representing Rock The Ocean’s Five Core Issues are a distinguished list of over 30 worldwide leaders in ocean conservation that are hand selected and invited to share knowledge onsite at this year’s festival. Conservation Village also allows attendees to enjoy games, interactive touch tanks, cooking exhibitions, the latest in ocean technology and speak with some of the top ocean conservation groups in the world. To find out more about each organization onsite this year, visit http://www.tortugamusicfestival.com/conservation/. 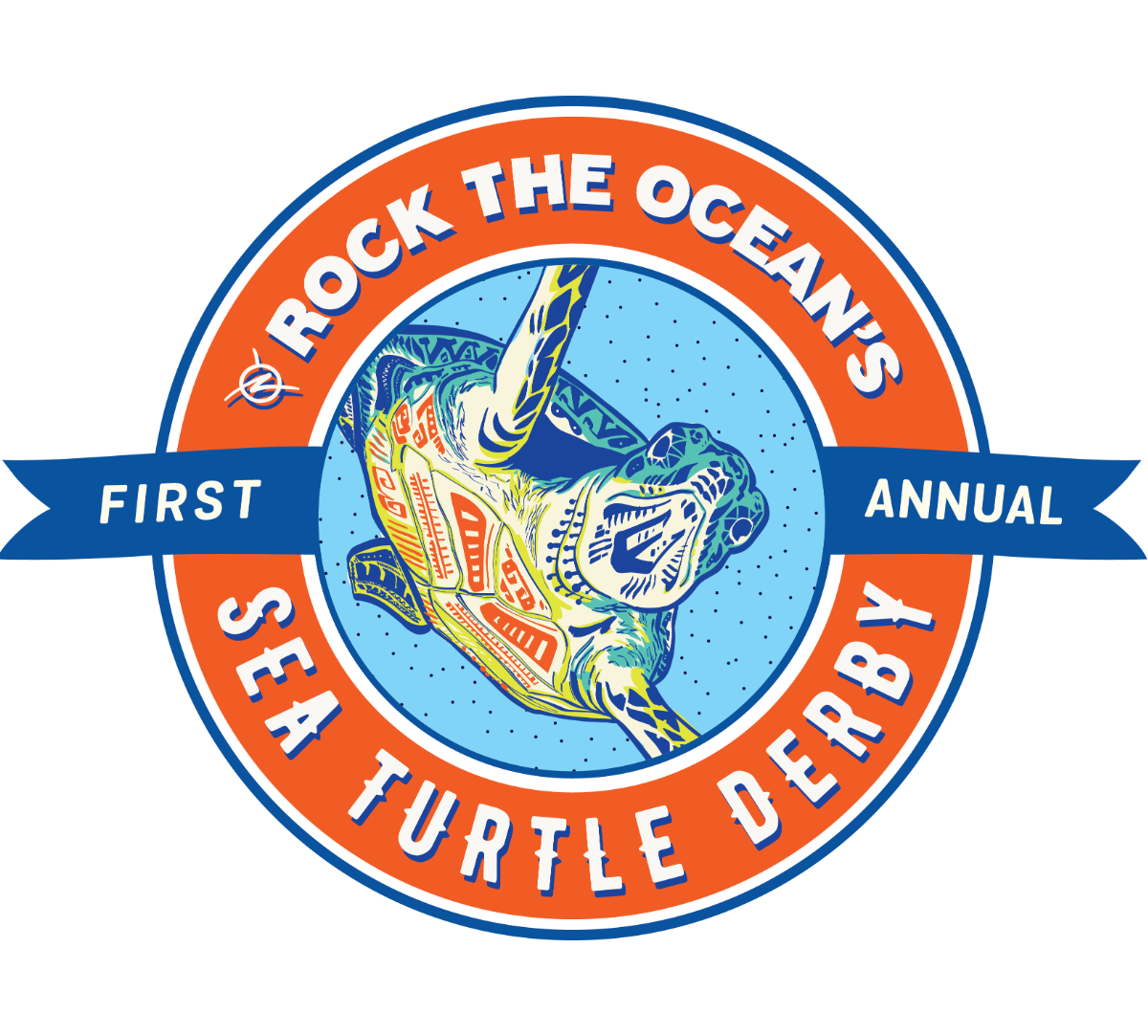 Rock The Ocean has also announced the kick-off to its first-ever interactive Sea Turtle Derby today. Partnering with Nova Southeastern University (NSU) and the Conservation, Movement and Ecosystem Dynamics Lab at NSU to host the unique sea turtle “race,” the Derby will name six sea turtles after some of the artists performing at this year’s Tortuga Music Festival. To see which artists have turtles in the derby, visit the tracking website HERE. Using cutting edge technology, each sea turtle will be equipped with a satellite tracking tag (or beacon) that allows the tracking of each turtle’s movement (among other scientific data) daily. Starting today, festival fans have the opportunity to pick a turtle of their choice and tune into TortugaMusicFestival.com/seaturtlederby to watch the #RaceToTortuga and ultimately see which turtle will travel the farthest distance before Mon, April 8 at 6p ET and be declared the Sea Turtle Derby winner.* Fans can help support the interactive derby by making a donation toward sea turtle research and conservation. Every fan who enters, donation or not, will be entered to win the Grand Prize: two, 3-day festival passes and a chance to meet one of the headlining artists performing at this year’s festival.

“We look forward to this weekend every year,” said Chris Stacey, Founder of Rock The Ocean Foundation. “It’s incredible to watch fans from all over come to the beaches of Ft. Lauderdale to enjoy three days of music all while supporting a great cause. As the number of Tortuga attendees grows every year, we hope that same number of fans leaving Tortuga have a new-found awareness for the issues facing our oceans and an awareness of the steps they can take to protect them moving forward.”

Turtle Conservation: The festival takes nods from its namesake (Tortuga is Spanish for turtle), working to protect sea turtles that nest every year along South Florida’s Atlantic seaboard where it is estimated that 1% of sea turtle hatchlings survive to maturity. Dimming lighting, protecting nesting sites, and extending knowledge to the public are some of the many ways to help fight the problem.

Shark Conservation: Sharks are a vital part of the ocean’s ecosystem and are even helping researchers to develop better medical procedures and devices for humans. Up to 100 million sharks are killed by humans each year. Reckless fishing practices and a stagnant re-population rate have put many different species of sharks on the endangered list and at risk of extinction.

Coral Reef Degradation: The world’s coral reefs are fundamental to the health of the ocean. Creating awareness on ways to limit devastation to coral reefs include educating the public on keeping coral strong by using reef-safe sunscreen, learning appropriate locations to anchor a boat, and educating divers to look but not touch help to protect this bountiful ecosystem.

Marine Pollution: Approximately 1.4 billion pounds of trash enters the ocean each year, as a result, marine life is dying. 80% of all marine pollution comes from land-based sources and so creating awareness of ways to tackle this is key to the cause.

Overfishing: Overfishing is defined as removing more fish from the ocean than the population can replace by natural reproduction. Over-fishing and destructive fishing practices means sourcing sustainable seafood is important in avoiding the reality that could otherwise take fish off the menu by 2048.