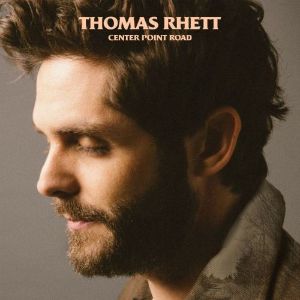 Nashville, TN – April 19, 2019 – ACM Awards Male Artist of the Year and multi-PLATINUM selling performer Thomas Rhett continues to preview his most autobiographical album to date, CENTER POINT ROAD (The Valory Music Co.), ahead of its May 31 release with “Remember You Young” – a sweeping reflection of childhood friends, marriage and children, out today. Once again teaming up with chart-topping collaborators Jesse Frasure and Ashley Gorley (“Unforgettable, “Marry Me, “Life Changes”), fans can listen to the song here and pre-order limited edition album packages at ThomasRhett.com. Those who pre-ordered the album digitally will instantly receive the new track in addition to the previously available Top 15-and-climbing “Look What God Gave Her,” the “soulful, upbeat” (iHeartRadio) “Don’t Threaten Me With A Good Time” feat Little Big Town and the “nostalgic” (Rolling Stone) “That Old Truck.”

“We wrote this song about the people in life that we love, and always remembering them in their youth no matter how much time passes and we all change,” Thomas Rhett said. “There’s something sentimental about remembering your very best friends who have real jobs and families now tearing it up in college, or picturing me and my wife with no cares at the Tin Roof back in Knoxville. I love that the last verse is a bit of twist with it all coming full circle. It actually makes me emotional…it’s easily one of my favorite tracks on the album.”

The upcoming album’s lead single “Look What God Gave Her” has already earned the highest chart debut of Thomas Rhett’s career. CENTER POINT ROAD connects fans to Thomas Rhett’s past, weaving together autobiographical stories with familiar sounds that have propelled his meteoric career. The highly-anticipated new music is the follow-up to the PLATINUM-certified smash LIFE CHANGES, which spawned a 2018 GRAMMY nomination for Best Country Album and has been streamed more than one billion times, delivering a slew of RIAA-certified PLATINUM and GOLD chart-toppers, bringing Thomas Rhett’s No. One tally to 12. Thomas Rhett was named country radio’s most played artist of 2018, following a CMA Triple Play award for penning three No. One songs within a 12-month period, adding to his collection of trophies from the Country Music Association, Academy of Country Music, Billboard Music Awards, CMT Music Awards and more. On May 17th in Spokane, WA, he will kick off his headlining VERY HOT SUMMER TOUR, visiting 40 stops across the nation. For more information on new music and upcoming tour dates, visit ThomasRhett.com.